A small case about how we promoted the channel in Telegram
Author: Roman Smith

Increase organic traffic by 228%
The Long Road to $10000 in a Month
Author: Richa Prasad

How to enlarge traffic from 300 to 3500 visitor…
What is more effective on Facebook - the number of posts or paid advertising?
Author: MaikLOL 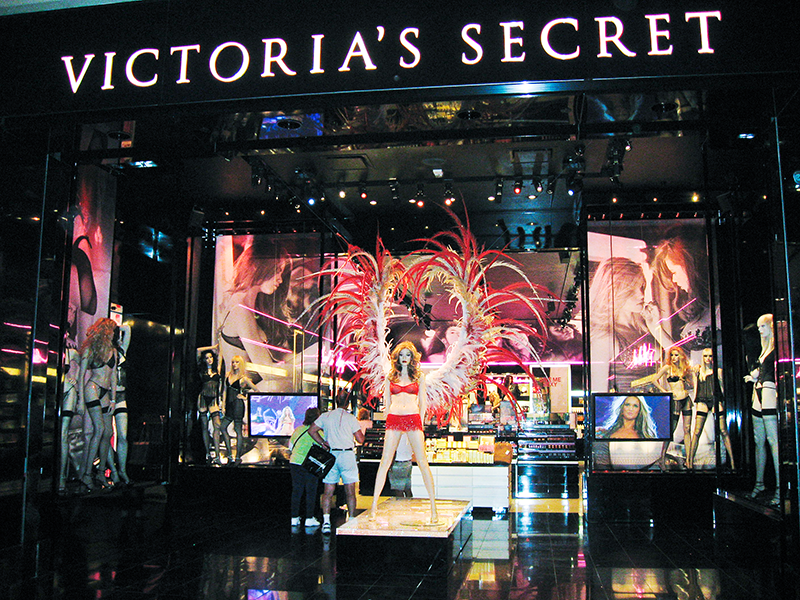 But all buzz from social media about the brand since 2018 is very negative. This famous US brand of affordable luxurious lingerie, which controls 1/3 American market, is sinking.

The cloud of news around the company includes sexual harassment and assault topics after it became publically known that convicted sex offender Jeffrey Epstein was linked to COO Leslie Wexner, the owner of Victoria's Secret. Also there are talks about how the brand is falling «in the #metoo era» in which body positivity, diversity, and acceptance are what the public expects from brands as opposed to sexualized shows, size 4 models, and the CEO of the company openly refusing to hire transgender people. 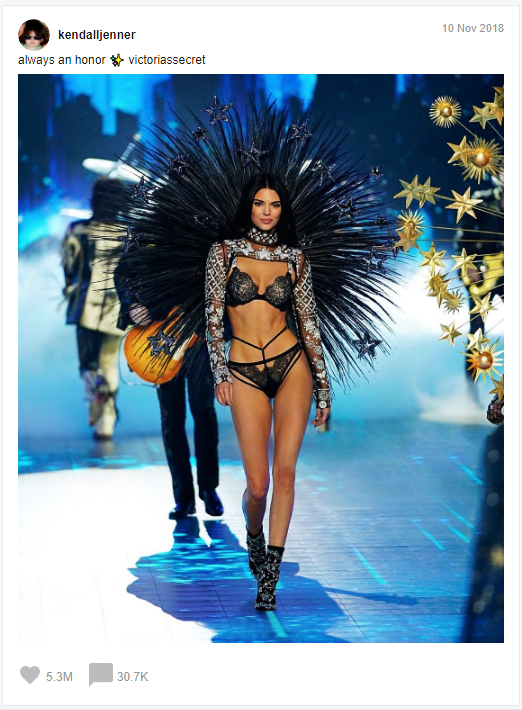 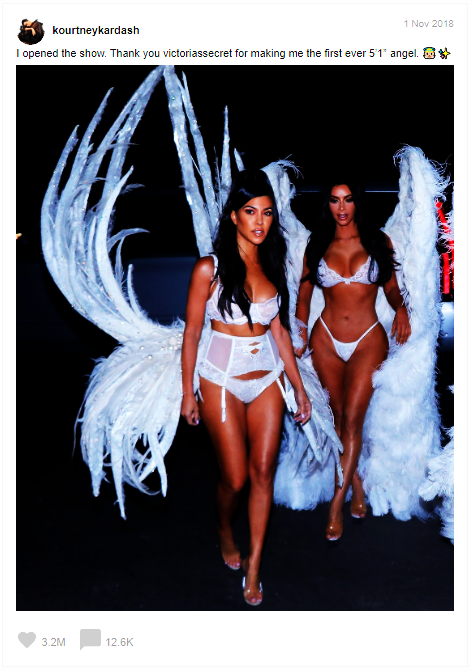 In this case study we review what social media thinks about it. We searched through Victoria's Secret mentions to find out and analyzed the most popular tweets and posts. As we know, the 2019 show was canceled. When asked why, CFO Stuart Burgdoerfer explained that the show didn't have any short-term sales impact.

No matter what people think about Victoria's Secret, they obviously care about Kendell Jenner, Kourtney Kardashian, and other TV and pop stars that take part in the show. Check out this 5 million likes single post:

Victoria's Secret always was calloborated with social media/mass media celebrities. This is associative cloud of Victoria's Secret, the brand has been always good at. The show basically says that wearing Victoria's Secret takes you to the luxurious world, makes you look like a celebrity, changes your lifestyle to a bohemian one. All for $39.99.

Monitoring Victoria's Secret CEO Leslie Wexner brought some understanding to the sinking popularity of the brand. 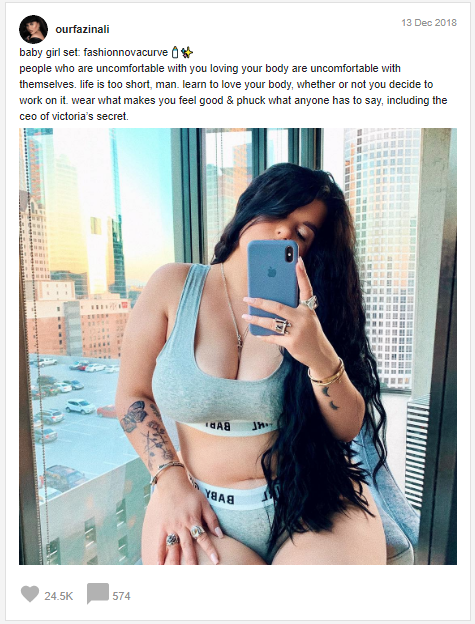 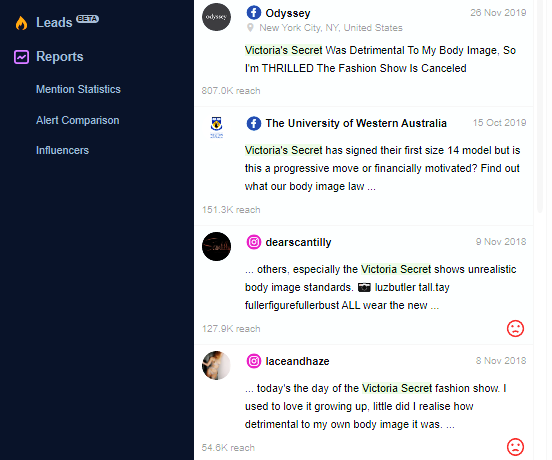 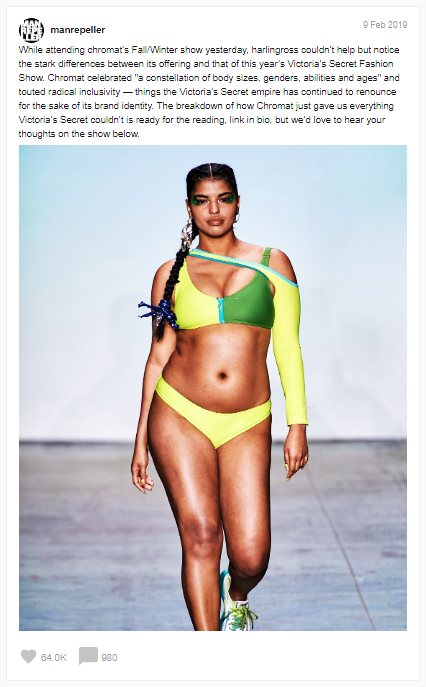 Conclusion
Seems like Victoria's Secret has problems on all fronts: marketing, PR, product. But the good news is that all of them also seem fixable and, while still holding on to a large piece of the market, the company has a solid chance to get back on track. Or maybe, the current trend: selling sex and insecurity finally doesn't work anymore, and even brands as established as Victoria's Secret don't have a chance until they change their perspective on beauty.

1) Sign up for recieving exclusive relevant case studies.
2) Sign in, if you already registered.
A small case about how we promoted the channel in Telegram
Author: Roman Smith

Increase organic traffic by 228%
The Long Road to $10000 in a Month
Author: Richa Prasad

How to enlarge traffic from 300 to 3500 visitor…
What is more effective on Facebook - the number of posts or paid advertising?
Author: MaikLOL