How to grow your email list (2,000 new subscribers in three days) from Product Hunt | casezz Skip to main content

How to grow your email list (2,000 new subscribers in three days) from Product Hunt

The site is successfully promoted to Google. The site is i…
Ways for Teens to Make Money
Author: Alex Larson

Last year I launched my startup to Product Hunt. What did I get from it? Firstly, it became a Product  of a Week and received 1,504 upvotes. Secondly, my email list increased from 1,000 to 3,000+. All in three days.

Here I will share with you my step by step plan.

The very first version of my site was launched in May 2019. It had 3-4 cases, several minor bugs and the main problem: the email box. It didn’t work well.

At the beginning I had a strongest desire to get a quick benefit by throwing my site up on Product Hunt right in that day when it went live. But later I decided to calm down and be more forward-thinking. I realized that I don’t need to launch with the  first iteration of my site. It's not every day I have an opportunity to present my site on Product Hunt. Another important thing was that I didn’t want to start from the empty list.

So, I made a mission to reached 1000 email and 1000 twitter subscribers. And I could launch after it will be done. After two months the long awaited mission was here.

During my preparation I wanted to clarify what was my central goal. In my earlier experience I used to think that upvotes is the main measure for successful launch. But then I realized that it is just a means to achieving the aim. They are just like some kind of ticket you exchange for traffic. The only important thing is what you do with that traffic.

What is my main goal then? I wanted to increase the number of my email subscribers. That is why I spent few days before my Product Hunt announcement making sure my site was ready to work.

It was in my interests to avoid the calm weekend traffic. In that reason I chose Wednesday 7th August. I schedule 12:01 AM PST to use full day for total  audience coverage.

I filled all needed information, some catchy images and began typing. It was my chance to address the hundred  people,so i spent a lot off time thinking about my comment. 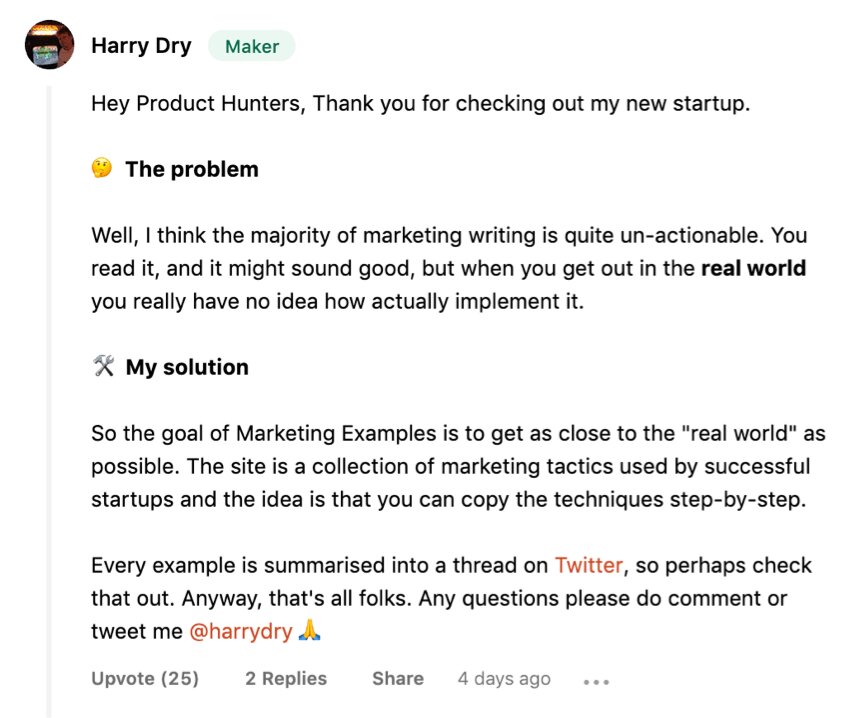 The first thing I did next  morning was a banner to my site. Everyone who would come to it can easy support my launch.

It is time to connect my first 1,000 “fans”. So, I posted a link in my Twitter account. Here, I need to add that  Product hunt uses the first image in your post as the image everyone sees when you share on social media. 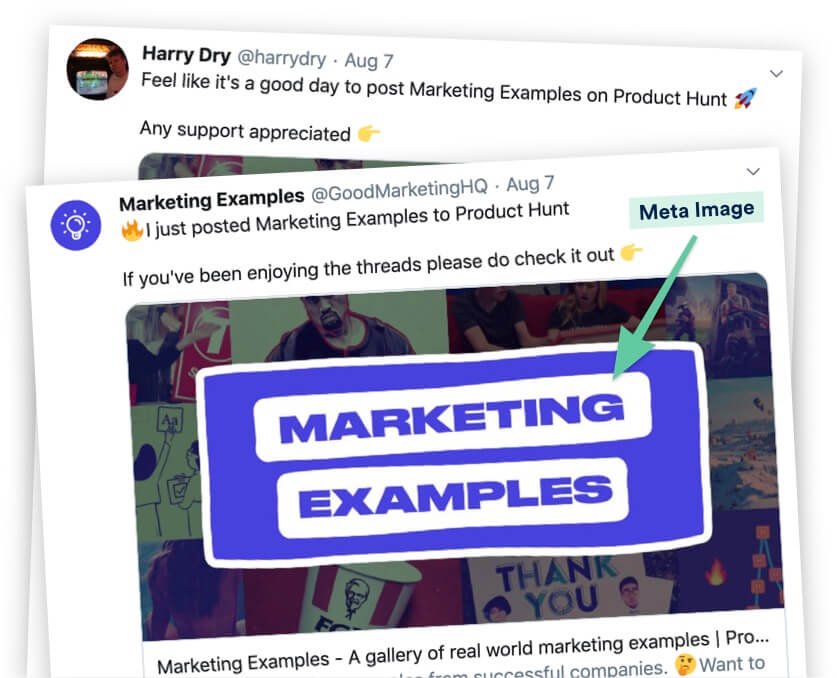 Before I started sharing with my email subscribers I checked Product Hunt regulations. And was found out that this was within their rules. But with one little remark. They warned me about some reasons that could activate their anti-spam system, such as multiple signing up and votes for one product at the same time. So, I made an appropriate request in my message: 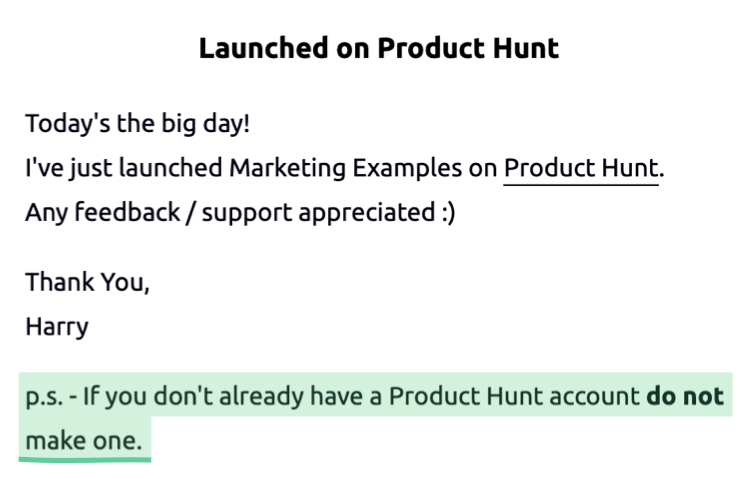 All the work i have done on Twitter and my email list brought me in the top three, with the following results:

In that step i recommend to involve all   forums you actively took part in during the past year. I have posted links on the Startup School and on my Indie Hackers page. My posts was at the very top during the day and it brought me a large part of traffic. 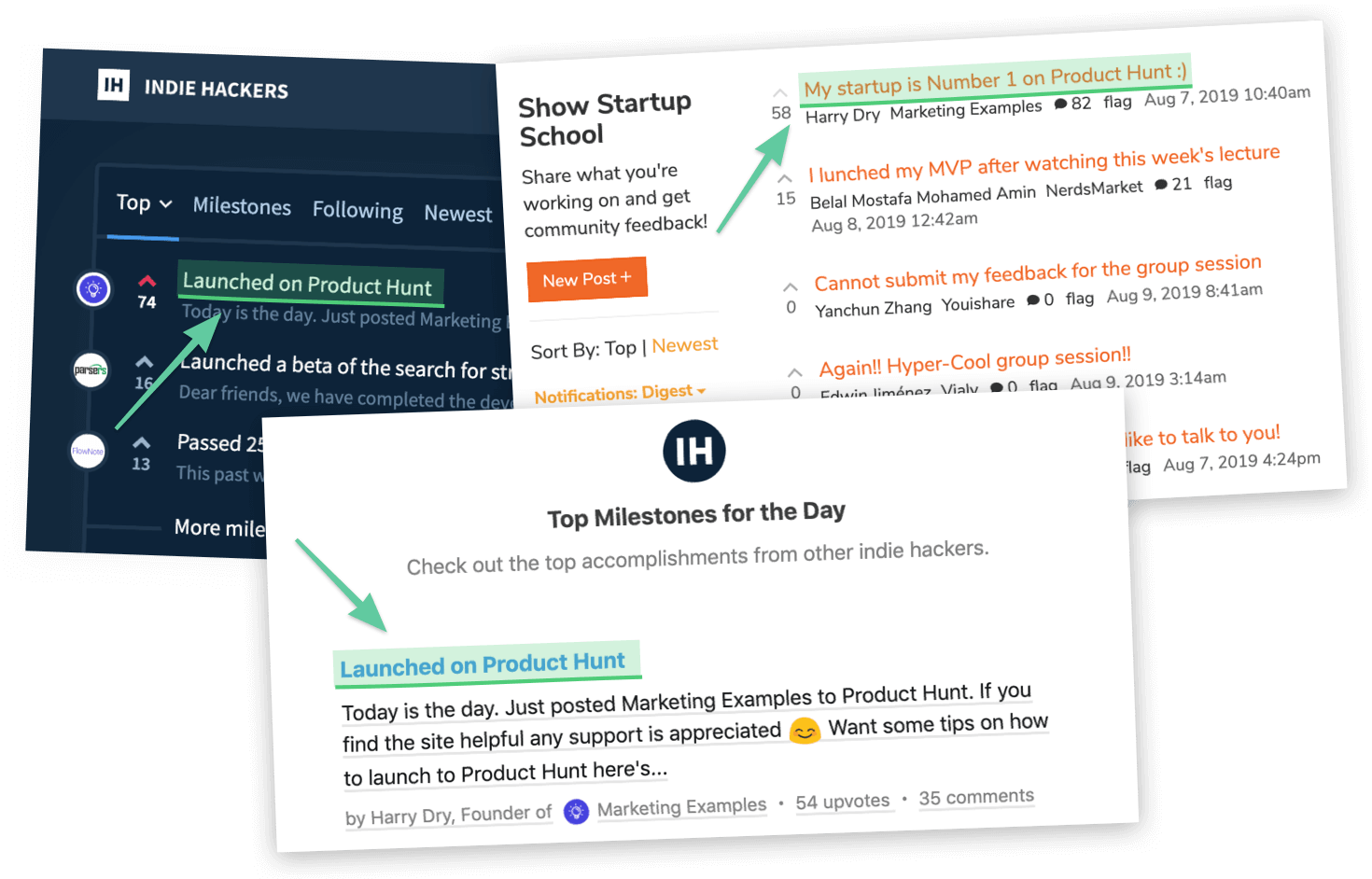 When I analyzed my strong support on that forums I  identified some reasons of success. Firstly, i chose that forums which are interested and closely familiar with a general idea of Product Hunt. Secondly, I just tried to be useful. I received votes for my tips. Quid pro quo. 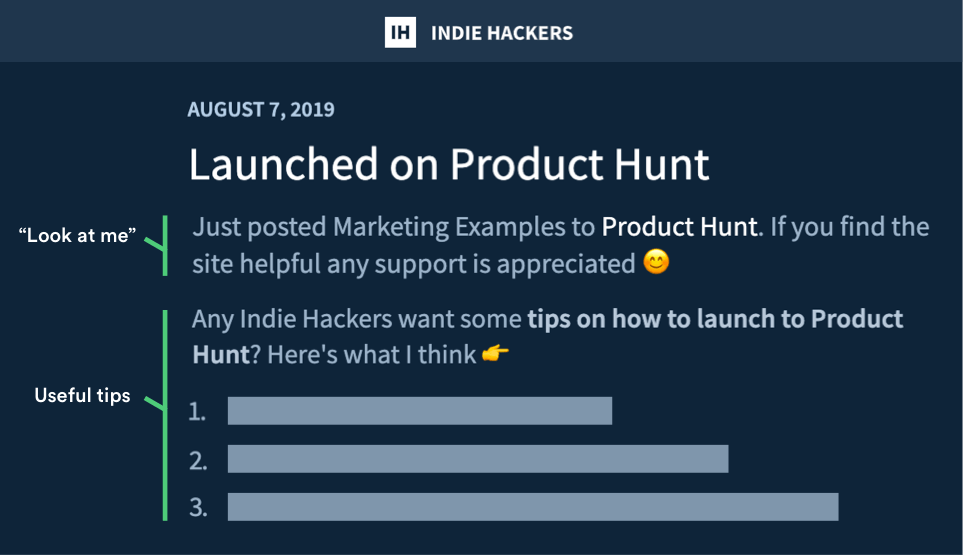 When it came to Telegram and Slack I noticed one special thing. All feedback that I received came only from that groups where I had helped once. And there were no support from the groups in that I didn’t put any efforts or energy.

It reminded me once again, that no matter what i am doing it should helps to other people!

All that you need is just sit back and watch it happen. But don’t forget to replay to comments and emails.

And what’s is really not worth doing its to bother your friends from Facebook with posting and oversharing.Trust me, this thing doesn’t work. Forcing and hunting upvotes can bring your more harm than use. 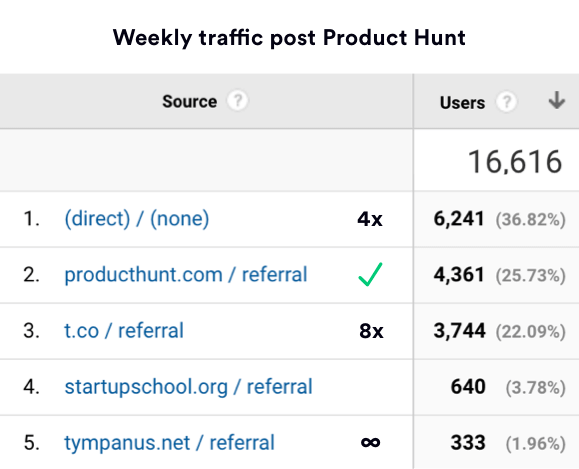 I had following results from Product Hunt exposure:

- my site being featured on Tympanus

So, that is how I got 2490 new email subscribers from my launch on Product Hunt! I am not suggesting that my way is the right one, but you can try to:

- attract an audience before your launch;

- get out the upvotes from you priorities;

- be supportive and helpful to other people;

and i am defenetly sure that it will not screwing up your results.

Thank you for reading  and  join us form more intersting cases!

1) Sign up for recieving exclusive relevant case studies.
2) Sign in, if you already registered.
How to grow your email list (2,000 new subscribers in three days) from Product Hunt
Author: H G

The site is successfully promoted to Google. The site is i…
Ways for Teens to Make Money
Author: Alex Larson

How to enlarge traffic from 300 to 3500 visitor…
Sweepstakes to facebook ads case study
Автор: akonyh

$80
AdCash: How To Make Easy Profit With Sweepstakes
Автор: Nigina

thousands of dollars
SE Ranking: Case Study – how to get 10,000 clicks from scratch
Автор: Roman Smith