Case for working with social media. Authored by Rachel Hollis
How a Facebook group can bring you closer to readers - Indiegraf
Author: Anonymous

successful engagement
Five reasons why Anton Fenske's LinkedIn post got picked up. A lot if views in less of 48h
Author: Resetov Julia

successful campaign
What is more effective on Facebook - the number of posts or paid advertising?
Author: MaikLOL

Revenue: x2
We go from one million dollars ARR to two in six months without additional investment-we make a profit against the background of the crisis
Author: Roman Smith

Nimax specialists share their secrets of attracting subscribers and visitors to the festival. 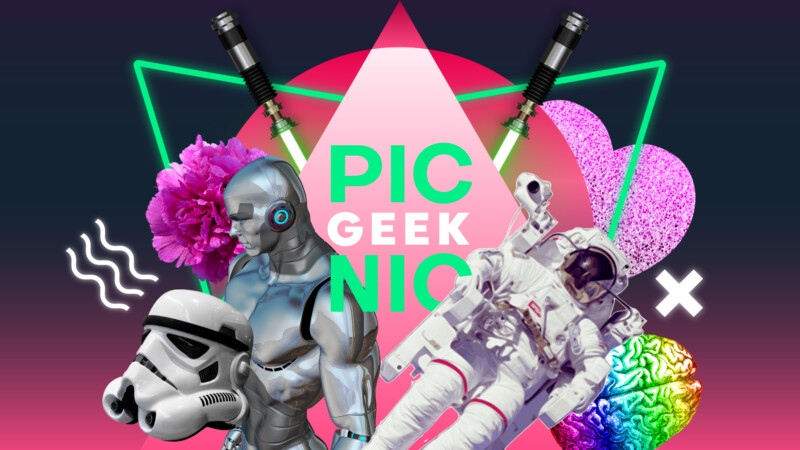 Geek Picnic is the most popular openair event in the European space, gathering fans of creativity, science and advanced technologies under its banners. Every year, in the summer, for almost ten years, the festival brings together world luminaries of science, popularizers of scientific progress, as well as creators of high technologies, in order to work together:

give guests of the event master classes and lectures;

to hold a geek party;

to demonstrate the cosplay shows and interactive stands.

This time, this event was awarded to two Russian capitals: St. Petersburg and Moscow, as well as the city of Krasnodar. The theme of the festival was the message "Live forever".

The experience of holding festivals in the past years suggested that tickets will be sold out just before the opening of the event. And there are two reasons for this: people do not know in advance what they will do in the summer, and the weather can give a surprise. And the festival is a business idea, and its successful implementation involves the earliest possible sale of tickets.

Therefore, the guys from Geek Picnic asked us to help them sell tickets and attract an audience using the promotion of the festival through social networks. Targeted and contextual advertising campaigns were intended to provide the maximum conversion rate, and people's engagement and loyalty were to be achieved through social networks.

The first thing we started with was creating a strategy. We started studying the potential audience of the festival, divided it into segments, identified the motives of representatives of each of them, as well as their needs, and formed hypotheses. 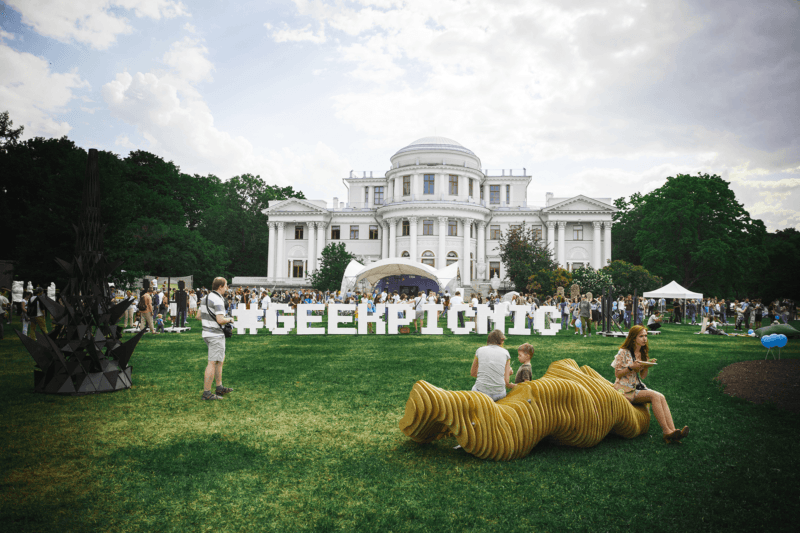 The average portrait of the festival participants: an active person who has received a higher education, with an average or high income level, who attends cultural and popular science events, likes to travel and improve their level of education.

So, we have divided the entire array of our visitors into segments:

experts from the IT sector;

cosplayers and students - the organizers of the festival have worked with this category of visitors before.

When we started working on this project, the guys from Geek Picnic and I decided to expand the audience of the festival to include the categories of people we wanted to test this time-tourists, young families with children, and schoolchildren. 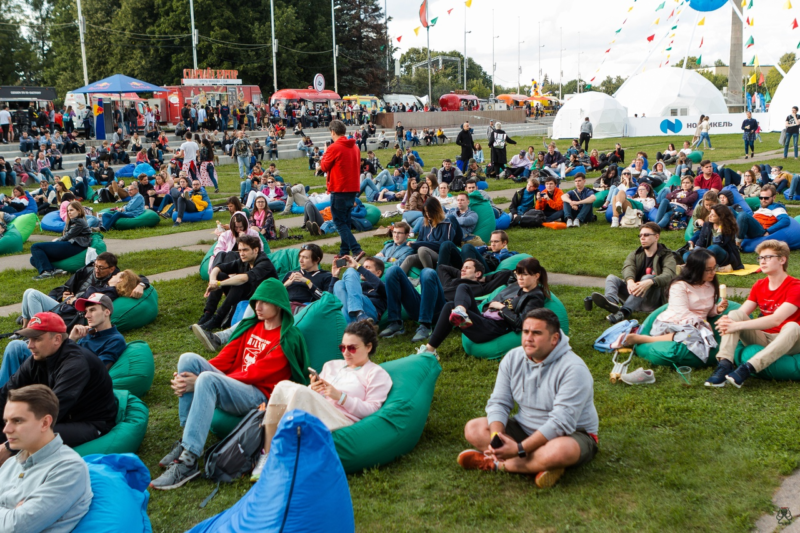 For each segment, we identified a group of motives that guided its representatives to the festival. For example, representatives of the IT industry were motivated by intellectual pastime, and families with children were eager to spend useful and interesting weekends together with their children.

This strategic approach helped to create relevant content for use in social networks and to make the most accurate settings for targeted advertising.

The concept of visual design

So, we put the current brandbook of the festival as the basis for visualizing social networks. It was necessary to make a lot of advertising translators in social networks in a short time, so we chose a compact container solution - we offered the client to create creatives himself, if necessary. 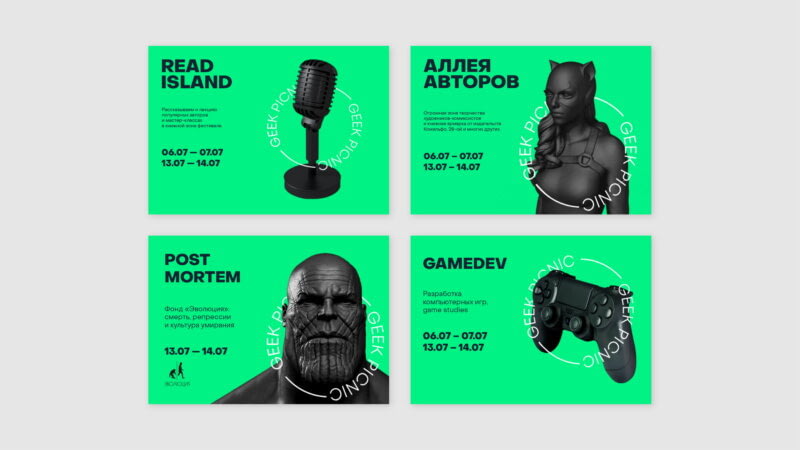 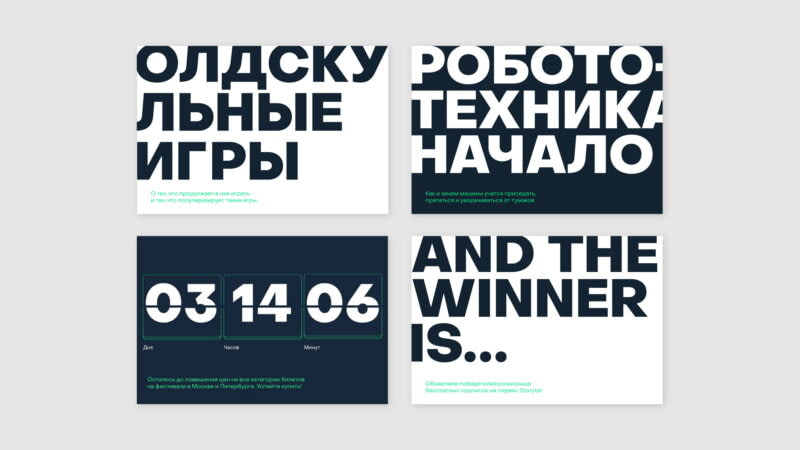 We made the community in the Vkontakte social network part of the sales funnel - through publications and targeted advertising, we managed to increase the awareness of the festival, attract new visitors and engage them in communication. The posts were accompanied by a link to the resource where tickets were sold.

However, we did not manage to attract users from scratch - the community already had 50,000 subscribers. So we had to start by focusing their attention on the festival.

Our activity started in advance, when there was no agreed program of the event - and no one expected a stunning effect from the speakers. We moved away from the idea of announcing, and replaced it with the creation of engaging discussion posts - this is the best way to reflect the spirit of the festival, because it touched the discussion points and United non-standard thinking audience.

But when the program came to light, the topic of the posts began to concern the topics of lectures, events and speakers.

They talked about cognitive things related to the festival's themes: space, androids, robots, artificial intelligence, neural networks, organ bioprinting, biohacking, and genetic engineering. In short, about everything related to the theme of the event chosen for this year - about eternal life. And the community in the social network became a discussion club: here they wrote posts on current topics, while subscribers actively discussed them, expressing their thoughts and spreading disputes.

A lot was said about the program and dedicated to getting to know the speakers.

Guides for the program were prepared.

Flashbacks were created: telling about the events of past festivals.

Discount promo codes were announced. In parallel, we talked about increasing ticket prices. 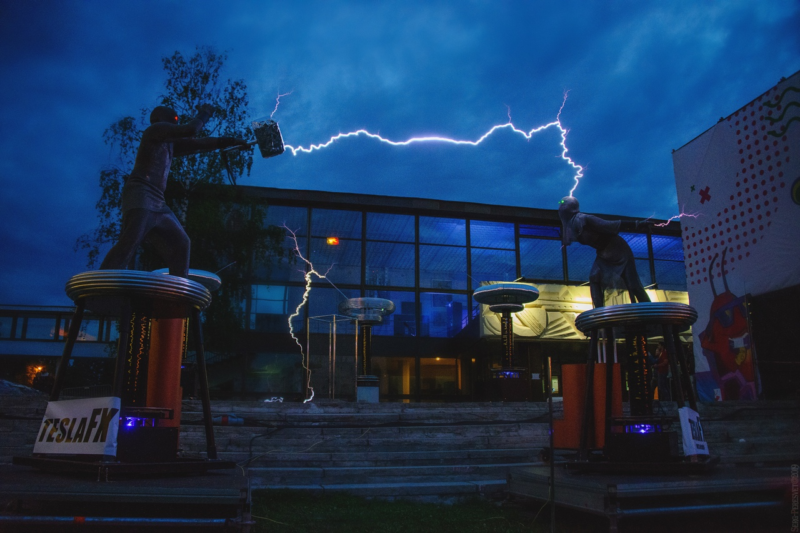 The main goal that we set for the Vkontakte group was to create a platform where people wanted to learn more, were proud of it, and discussed their discoveries with colleagues. We raised discussion topics, so a special role was given to community management.

Comments turned into conversations, and conflicts and disputes were carefully resolved. And as the opening date of the festival approached, they gave answers to a lot of questions about the organization of this event.

We set two goals for this type of advertising: selling tickets and attracting new subscribers to the community. Therefore, a test campaign was conducted to test the audience.

As a result, the test showed that non-heated users do not need tickets. Therefore we had to create a sales funnel consisting of several levels: 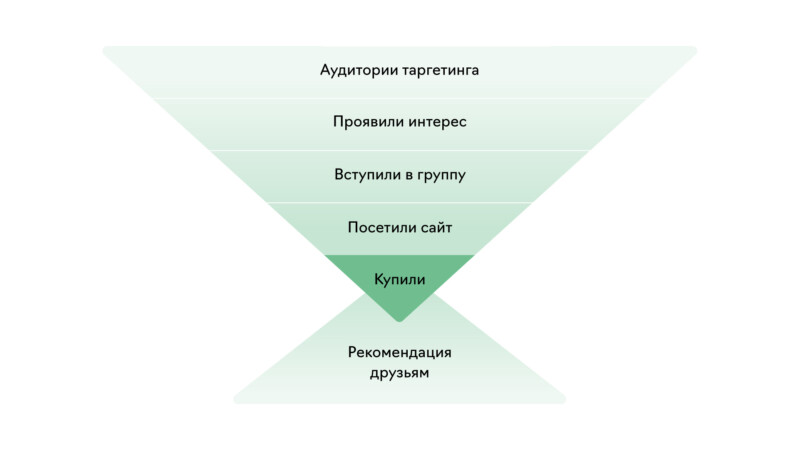 We have grouped the entire array of ads placed in Vkontakte into 5 blocks.

This included users who had not seen the ad. We informed them that the Geek Picnic festival is planned for the summer, and introduced them to posts from the community

People who saw the ad placed in the "Knowledge" block, but did not respond to it, were shown other creatives containing detailed information about the event.

Users who responded to ads from the "Knowledge" and "Interest" blocks were invited to join the community.

We distributed ads among the community's subscribers, according to the lists of ticket buyers of past festivals and those who were affected by ads from the above modules.

Users who have already become ticket holders were advised to share information about the event with friends and invite them too.

This move created a self-supporting sales funnel. In addition, there was an active search for users to include in the first block. Then they either did not respond to the ad and left, or were interested in the festival, putting a like, followed the link or directly to the project's website, and this brought them closer to buying tickets. And as the number of subscribers at each stage of the funnel increased, so did the level of ticket sales.

In parallel with advertising in Vkontakte, myTarget was used as a polygon for implementing a display advertising campaign. Also, this site used a contextual type of targeting, in order to automatically and accurately collect the target audience. 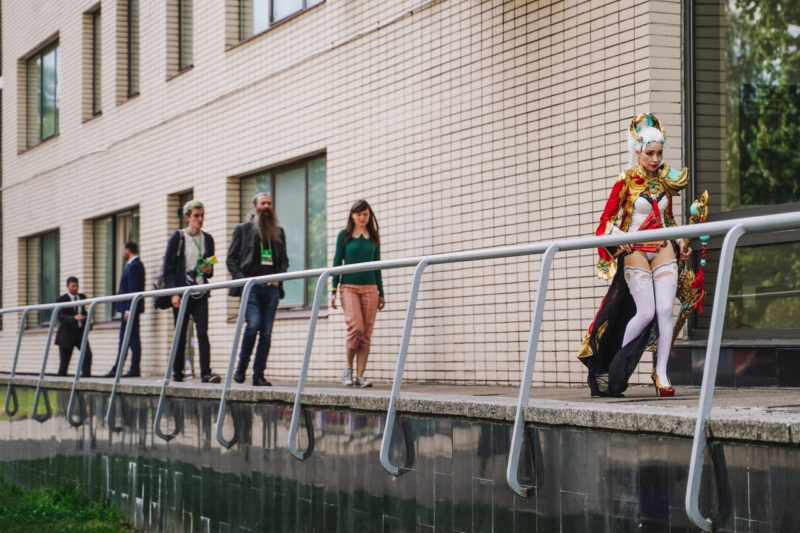 A strategy was developed with descriptions of goals, targeting, and tools with the movement of participants across all levels of the sales funnel.

And then we started creating a semantic core. A number of semantic groups that formed the Foundation of advertising campaigns were identified:

as the opening date of the festival approaches, there are phrases describing the rest of the weekend (where to go with your family, where to go on weekends, concerts on weekends, etc.).

Search engine promotion was launched as a priority. Our experience tells us that they are as efficient as possible. Display advertising campaigns were launched next in order to attract the maximum number of users. Targeting was performed by keywords and interests of subscribers based on those who have already purchased tickets. 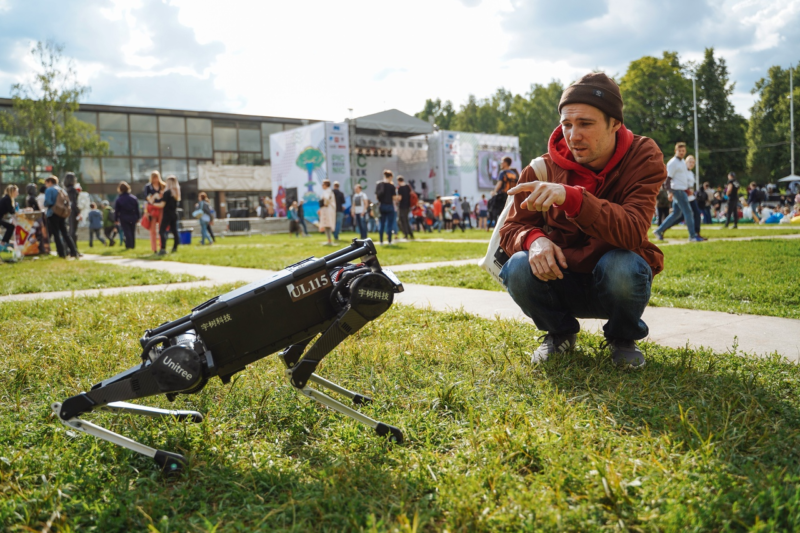 At the same time, lists of remarketing audiences were created to remind web resource visitors about the upcoming festival and turn them into ticket buyers. Remarketing techniques were applied to users if:

the person stayed on the site for more than 4 minutes;

I visited the site at least twice;

In addition, ads were shown to users who had already visited the festival once. Based on them, a look-a-like audience was created, and advertising materials were shown to similar users. 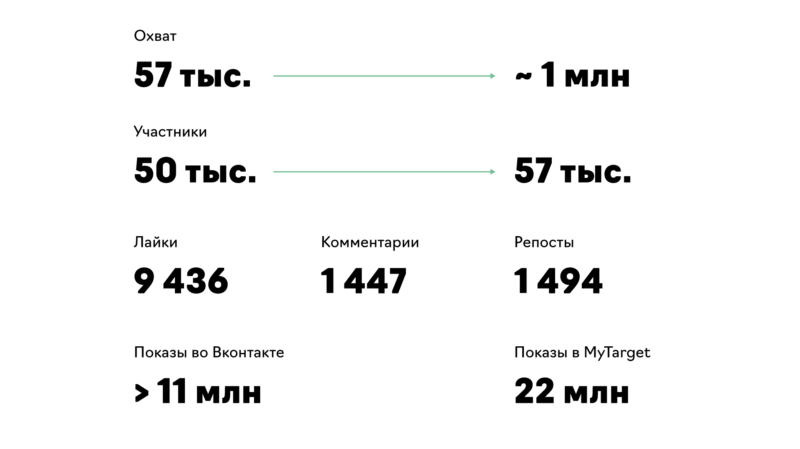 The effectiveness of contextual advertising campaign is directly related to the level of sales, so we do not have the right to disclose them.


Result: Related to the level of sales

What you think about the case study? (1)

Festivals are always a platform for developing business ideas. It is useful to attend such global events

Case for working with social media. Authored by Rachel Hollis
How a Facebook group can bring you closer to readers - Indiegraf
Author: Anonymous

successful engagement
Five reasons why Anton Fenske's LinkedIn post got picked up. A lot if views in less of 48h
Author: Resetov Julia

successful campaign
What is more effective on Facebook - the number of posts or paid advertising?
Author: MaikLOL

Revenue: x2
We go from one million dollars ARR to two in six months without additional investment-we make a profit against the background of the crisis
Author: Roman Smith

From one million dollars AR…
body