How did we manage to raise the site in the TOP 10 for 70% of medical search queries in four months?
Author: Roman Smith

described Airbnb UX tricks
How to get 400 registrations from a non-existent video product
Author: Roman Smith

Related to the level of sales
0 comments
0 likes

This story will be in three parts because I have released three games.

For those who prefer to watch rather than read, I have prepared a video of this article.

In the last part I told how I came to the development of the hexagonal turn-based game Beasts Battle, how much time was spent and how much money was earned. 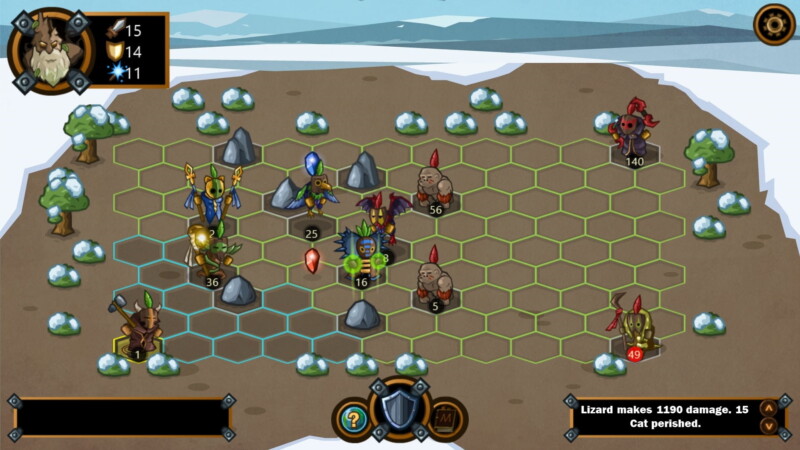 Year 2015. Working in the office and in parallel for myself, I develop games with the artist. And how comes that by selling the game, I earned a 2-year salary in the office. The artist and I decide to move to Kaliningrad and start developing custom Flash and HTML5-games.

Everything was going great, every 2-3 months we developed the game and earned good money. I saved some money for an apartment, cause I wanted to buy it for cash without a mortgage. But then Flash died and prices for HTML5-games fell 5-10 times. The shop of constant earnings was covered and I had a choice: go to look for a job or take a risk and by living off that money which was saved up  for an apartment and start making my own game, which will recoup my investment, and become a millionaire)

I chose to take a risk and go the second way...

At that moment, the Braveland game was already came out which I liked.  I realized that I could pull the game off of this level and even add my own features that will improve the idea.

I figured out the timeline and budget - I still don't know how, there was no analysis, I just took a shot in the dark) I decided that I would make the game in 3 months and I would need 120,000 rubles for freelance and 50,000 rubles for marketing.

Haha, how naive I was! My estimates were based only on my own experience and with an approximate adjustment for the scale of the new game: when I was working on the last game, Beasts Battle, I spent about 10,000 rubles on freelance. 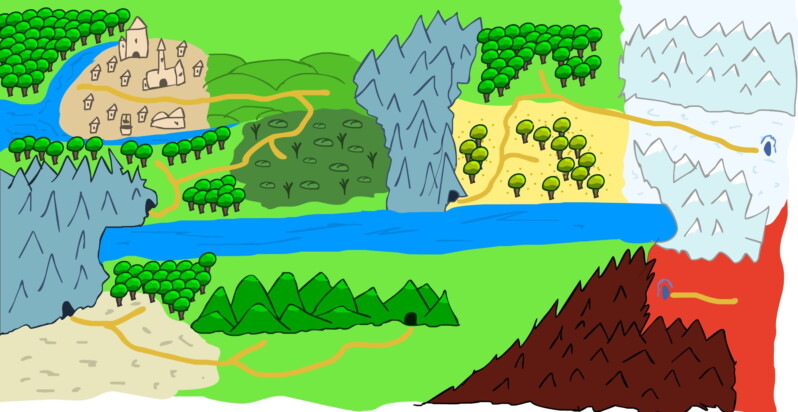 I decided to make a map where the main character moves like in Braveland and this was the main innovation compared to Beasts Battle.

Also dungeons appeared in the game. Each unit could be upgraded like in Heroes of Might and Magic. A lot of artifacts, dialogues, spells and everything else that is common for such a game appeared. And at that moment, I was playing the first Witcher and there were many different side quests. This inspired me, so in the middle of developing the game, I decided to impose quests. I’ve even made one non-linear and with a choice. 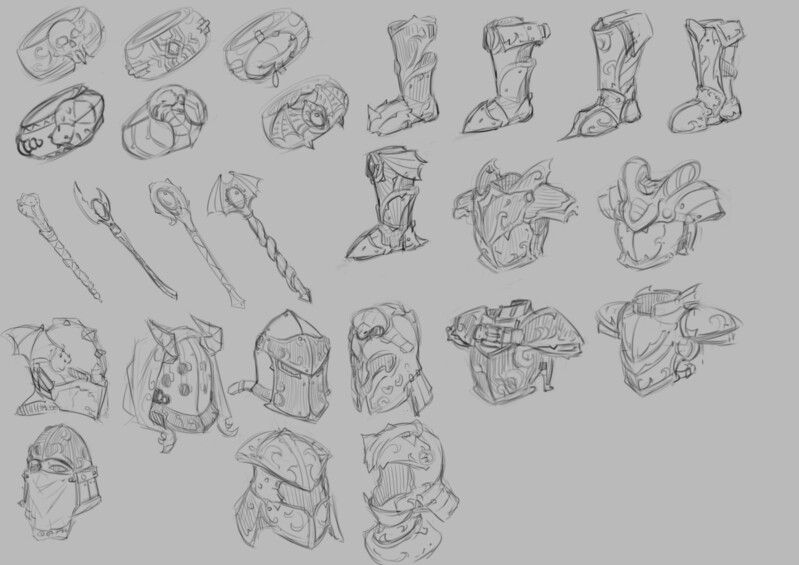 In general, the game has grown significantly in comparison with Beasts Battle. I peeped at three games: HoMM 3, HoMM 5 and Braveland.

In Beasts Battle we made the game together. But before we started developing the game we parted ways. I had a plan to hire two artists: the first would be responsible for the units and animation, and the second one would draw everything else (arenas, locations, interface, comics, icons, etc.).

At first it was, I hired artists and everything was fine. It worked especially well with the one who drew the units, we previously made several Flash games together. But then I learned all the pain of working with freelancers and generally learned that artists may not be able to draw everything. Freelancers can disappear, they can take other orders, score on you, despite the agreement on money and terms. Because of such things, everything is delayed.

As a result, my main team consisted of several people and besides them friends, relatives and acquaintances also helped me for various tasks at different times.

Core team: 6 artists, 2 scriptwriters, 1 composer, 1 smm and me. Everything else was on me: programming, process organization, marketing, funding, conferences, and stuff.

I also resorted to the services of various studios/outsourcing, where I ordered a landing page for the site, a trailer, localization of the game in English and PR in the West. Of all this I satisfied with only one point, and in other cases I think I lost the money. So if you order on the side this does not mean that your work will be done as you expected. Another experience for me.

What about making the game as planned? I say this: people have no idea how to plan anything, especially deadlines and budgets, if this is a long-term process, not go out to eat or go to sleep.  It turned out that I lived off the money I had saved and I had no earnings, no one supported me, I lived in a foreign city by renting an apartment.

Apart from the fact that I supported myself I also paid for all the work to freelancers, there were no people who worked for a percentage. I worked every day without days off for 8 months. And now I have $1000 left, I‘m realizing that it’s over... the game is about 80% done and I do not have enough money to finish it.

I am taking a risky step that I have been avoiding all this time. Look for a publisher (sponsor) who will help fund the project and release it. I really didn't want this, because I invested so much money and effort, and then some "sponsor" is going to simply put the game under his own brand and will take 50% of the income.

I had such ideas about game publishers) But I make a decision buy a ticket for November DevGamm 2016 Minsk, paying for the plane and booking a hotel. 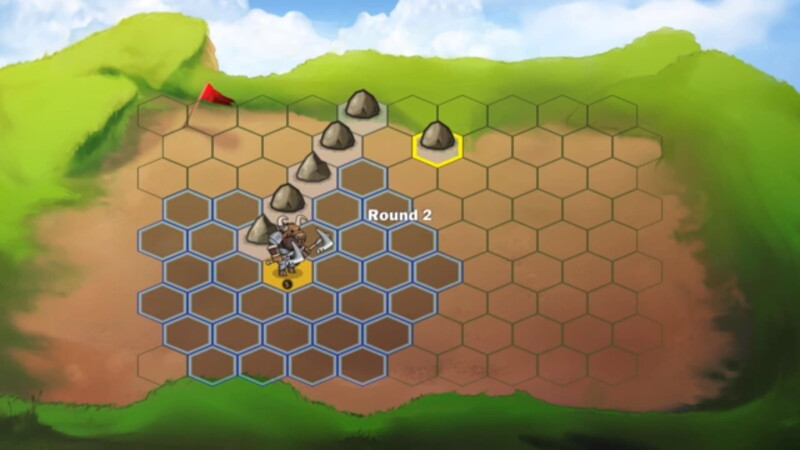 Many developers don't understand why these conferences are needed. This is a waste of money and blah-blah-blah, in general we are all narrow-minded rogues (sorry). I want to say that this is a very valuable event and it’s worth the money.  It's a shame that now everything has gone online because of pandemic.

I took part in ShowCase and showed my game. They gave me feedback and I made useful contacts, very useful! So many insights from experienced developers, such cool thoughts they tell you, share their experience and you absorb all this knowledge and understand how stupid and limited you are, you live in your vacuum.

There I got acquainted with the localizer of games, and they gave me $500 to order localization from their company. A very cool guy worked with me from their company, we still communicate and as a result he became the second screenwriter of the Necromancer Returns game and was involved in the third game.

I had meetings with 10-20 sponsors, of which 1-2 were sort of interested. They asked about the market, target audience, what I want. And then I realize that our aims for making money differ significantly. If I want to recapture the budget or better - at least double it, buy an apartment in Kaliningrad, so for the sponsor it is generally a penny and does not make sense. As a result in fact no one is interested in my game in terms of business. And I came back with almost nothing. 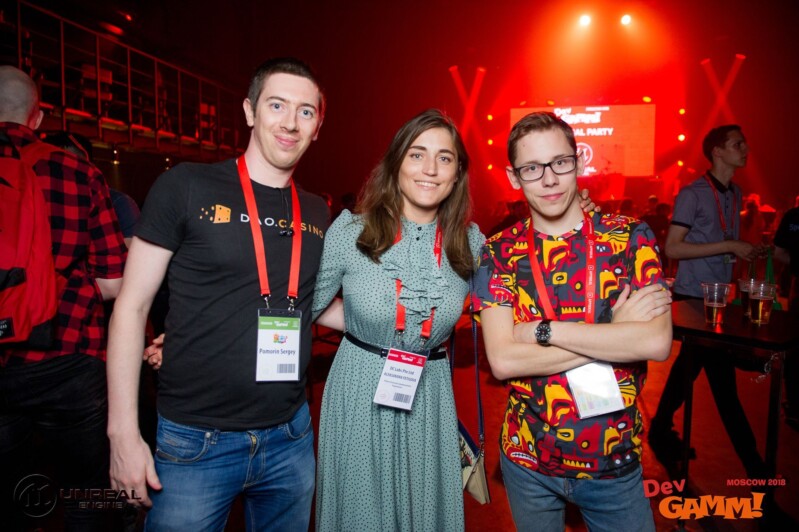 That's the end of the year, there is not much money left, I’m looking for a job with the confidence that I will find it, because I am such a cool game developer (programmer). But then I ran into unexpected difficulties:

- the end of the year, everyone is preparing for the New Year and the search for new employees is irrelevant (not the season for the search)

I began to wait for the New Year vacation to end. I started to go to interviews, but everything was not quite right: either I am not suitable or I am not interested. I almost got a job at a remote job for a salary 2 times higher than I needed. And also almost moved to Minsk where the salary was even higher. I liked Minsk and I was ready but it didn't work out.

As a result, on January 31, I went to work as a developer of games for the blockchain, but that's another story... 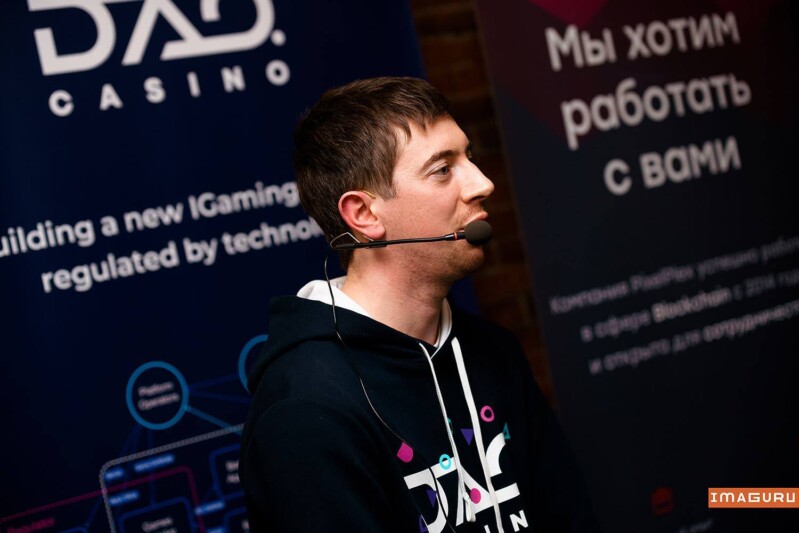 Now I have a job with less salary then I wanted but at least I can afford pay the rent and eat. I also had orders for porting other people's games from flash to html5.  I also had to engage in my game.

As a result over the course of 3 months I devoted time to 3 different projects: my main job, orders and my game. Then I burned out and refused from orders. Every day I came after work and spent the night doing my project. And this way my game development dragged on for another year. 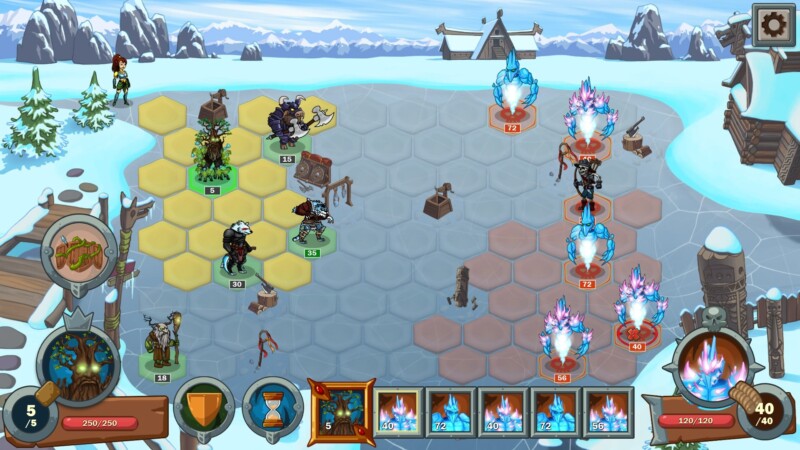 The development of the game was over, it was being actively tested and I realized that I needed to promote it somehow. I hired a smm worker who could make posts in VK and maybe somewhere else.  It was a drain of money cause I did not feel any benefit from it. I sent letters to bloggers about the game, wrote to different publics, ordered posts, wrote articles and so on. Everything in the Russian segment.

I ordered the same thing on outsourcing but to make it to the west - the money was drained. That was just a disaster and I was very sorry. I’ve done my best.  Unfortunately, I couldn’t go to the West personally cause I did not have enough resources/time/knowledge to do this as aggressively.

02.01.2018. I chose this date because  after the New Year holidays the world begins to come to life and all players return to their computers. I checked that no similar indie games in this genre are released on this date and no high-profile titles either. But I chose the wrong time for the release: the West was still asleep - this became another lesson for me.

And so I follow the metrics, sales. My game gets on some pages as a hot new product which is good but it does not feature on the Steam main page. And then I see that on the same day released a game in the same genre and completely free! Free-to-play, juicy, 3D and so on.  That was a trouble! This game goes to the top and nobody needs mine anymore cause mine caves in schedule. 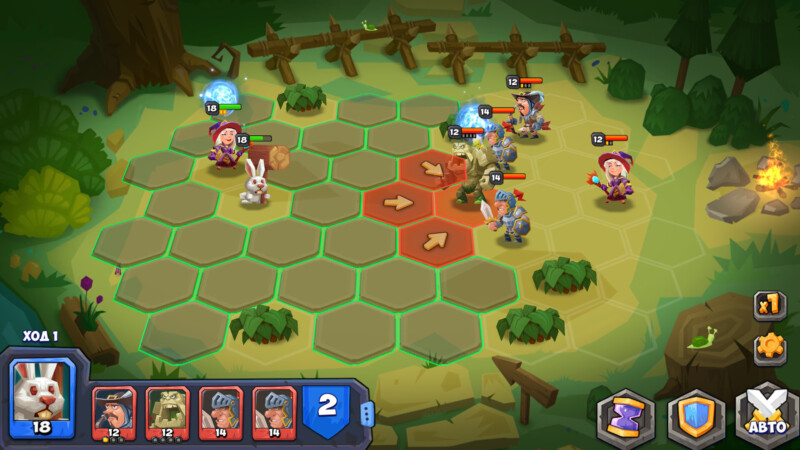 Those who added the game to the wishlist did not buy it on the day of release when I was counting on at least 10% of their number. In general the game brought in several times less than I expected and did not even close it’s own budget. I disappointed and go into depression for a year and don’t develop personal games... 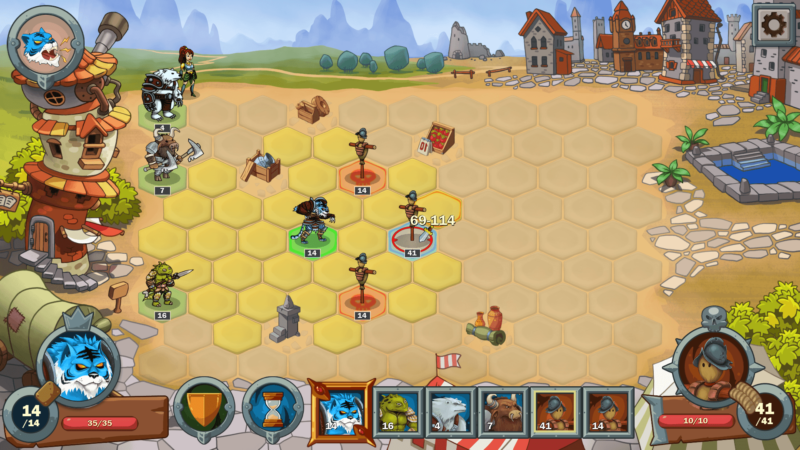 30% of these Steam takes for itself, then refunds, taxes and you can safely divide the amount in half.

This game gave me another great experience. It made it clear that I can put together a team, lead the process and bring things to the end. But I still have to learn how to make money.

In the third part I will talk about how I am trying to apply this experience in the development of my new project – Magicians Legacy.

If you are interested in following the life of an indie-developer a little more closely then I invite you to the VK group. At the same time you can read the latest news about the development of our game there.

1) Sign up for recieving exclusive relevant case studies.
2) Sign in, if you already registered.
How did we manage to raise the site in the TOP 10 for 70% of medical search queries in four months?
Author: Roman Smith

described Airbnb UX tricks
How to get 400 registrations from a non-existent video product
Author: Roman Smith

Related to the level of sales
body