Case study: Rise of ROI from -23% to 135% due to lead magnet pumping | casezz Skip to main content

Whatever you do, you will never be in PAA
$7020 profit with Casimba Casino offer
Author: AT_084

$80
case study: How to get 73% ROI on solar panels in the USA!
Author: Sadie Flatcher

What do we know about lead magnets?

We know that their main task is to warm up the user (bonus, promo, etc.) before making a conversion. Essentially, in traffic arbitrage, the lead magnet is your creatives and pre-seasons. In this case-article, I will analyse the most non-obvious moments of pumping your lead magnet, how to work correctly with creatives and their content, and also show the difference between the two tests using a live example.

The first test: creatives are collected with an analysis of the target audience, different approaches, the use of information from the main land, etc.

The second test: creatives are collected as, without analysing the target audience and using tools.

Let's take the most banal offer from public access in the Adsterra CPA affiliate program. These are sweeps to Germany, CPL SOI, with payment for each reg without confirmation. The content of the landing page: a sewn questionnaire of 3 questions, after passing the mail filling window flies out, after filling out we get a conversion to the piggy bank.

Screen of the final land:

As mentioned earlier – today we will test different approaches to creatives, and then analyse their impact on the success of your campaigns.

To begin with, we will take $250 for the test, start two identical campaigns on the SSP platform. Then, I plan to optimize both campaigns the same way (there will be a difference, of course, because some bad sources can convert perfectly to another campaign/creative).

In one campaign, I will test, change and supplement creatives, and the other will start as it is, and forget about it for the period of the test (except for optimization). We will run on mobile devices + tablets, after the initial optimization. In the split, you can let a separate campaign for desktop traffic.

I advise you to take a min. rate of $0.008 / click, because on the test there will be a take-off in the amount of traffic, the estimate puts a predict of 16k clicks per day (but there will be fewer of them, because the traffic is in dynamics)

1. First, let's decide which creatives we will use in this case. I said earlier that creo = contents of land, It will be an obvious victory. The user will be upset if you promise him a mountain of gold on creativity, and as a result, he will see an uninspiring landing page after the transition. You will have a high CTR and a low CR.

Just in case, I will remind you that the designer makes the background of the PNG images black to increase the contrast on the preview of the creative, it will be shown with a BLANK background, be sure to take this into account when designing creatives.

I will show you some examples of creatives that I made myself in the updated Social Bar from Adsterra.

The beauty of the Sweepstakes vertical is that the world has defined for itself the events when it runs for shopping. Creatives can be launched thematically, tied to a certain event that provokes an increase in demand, and we form a supply.

Here are some examples: 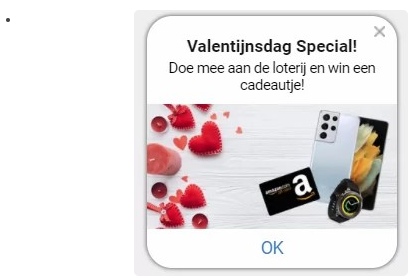 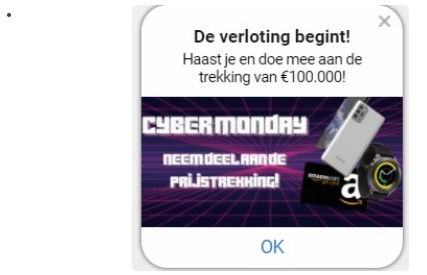 I advise you to use Canva at the basic level + have a subscription to stock images, or have a little more time to find the necessary PNG file.

In addition, do not forget about the site of freelancers, where for a small fee you can make yourself creatives on TK, which you will prepare in advance.

The spy tools I mentioned above allow you to track trends and keep abreast of the most popular Sweepstake offers at a given time.

Note that the image converter slightly crops the edges, so get ready for the fact that you will have to centre the image to avoid losing the semantic part of the picture.

Check your translation of the text several times, it greatly affects the final CTR, you risk losing a good part of the traffic.

Ban placements with bot traffic. Previous experience with platforms and a test on small budgets help a lot here. If the DSP platform has a bad reputation - calmly throw in the block.

Collect whitelists from the very beginning. See the excellent performance? Feel free to make a placement in the whitelist. In the future, it will be possible to launch a campaign on a whitelist with custom bids, which will help save money and time.

Communicate with the manager. Communication with the manager helps, first of all, for you. The manager is interested in your success, tell him how things are going and ask for advice. I think you'll be pleasantly surprised.

We had $250 left that we wanted to spend on the second approach test. Just to make a reservation that this should NOT be done. Note that this approach shows an inappropriate waste of money.

In this approach, I consciously do bad-medium creatives, using pictures with poor resolution, disgustingly translated text, and rejecting pre-land (or its complete absence).

Below are examples of creatives that you should NOT use if you have a goal to earn:

The essence of the lead magnet in its binders — creatives, preland and land. It should have an inseparable connection, a kind of funnel that draws the user in and provokes a conversion.

In this case, creatives are doomed to failure, you will see the results a little later.

Before starting work, immediately ban all the DSPs from which bot traffic comes (information is in the public domain, you will find with your own hands). Using traffic with a DSP is a guaranteed failure, use only when you are sure that the feed is not aggressive and such traffic complies with the rules of the platform.

Tests are necessary for casting the maximum number of traffic in a short time, cutting off irrelevant sources, editing the bid and creatives.

After a long test, you can safely collect a whitelist of placements that will convert and let the traffic run only from them.

Creatives with a low CTR are excluded, at the start it is worth starting with 10-15 creatives, so as not to add them in a hurry later. I will say right away that it is best to use A / B testing, with completely different approaches. Try to use different titles and descriptions, use only high-quality PNG pictures for creos, if possible, use spy tools for inspiration and references.

The results speak for themselves. Creatives DIRECTLY affect the performance of the campaign. Basically, I initially expected that there would not be a single conversion in the second approach. It is very difficult to earn if you do not show aspiration and initiative.

In this case-article, we have analysed in detail how creatives affect the success of the campaign and its further performance.

Be sure to test new approaches, look for offers for specific events, improve the optimization of your campaigns and carefully watch the statistics. Thank you!

1) Sign up for recieving exclusive relevant case studies.
2) Sign in, if you already registered.
People also ask - is it worth?
Author: grald

Whatever you do, you will never be in PAA
$7020 profit with Casimba Casino offer
Author: AT_084

$80
case study: How to get 73% ROI on solar panels in the USA!
Author: Sadie Flatcher