Case: $3,400 for 2 weeks on operator subscriptions from Facebook* to Arab countries

SEO case: How I managed to get a 5-fold increase in my organic traffic in 3 months
Author: Roman Smith

Increased my organic traffic by 5x
How a Facebook group can bring you closer to readers - Indiegraf
Author: Anonymous

successful engagement
How to get 286% ROI on traffic from New Zealand
Author: Iryna

Hi all. My name is Benjamin and I would like to introduce you to my friend Artyom. Artyom is the leader of a small group of buyers who until recently specialized in building mobile subscriptions through TikTok apps. In this article, I want to tell you how he was able to revive Facebook and successfully refocus on launching Pins from a different traffic source in a relatively short time. 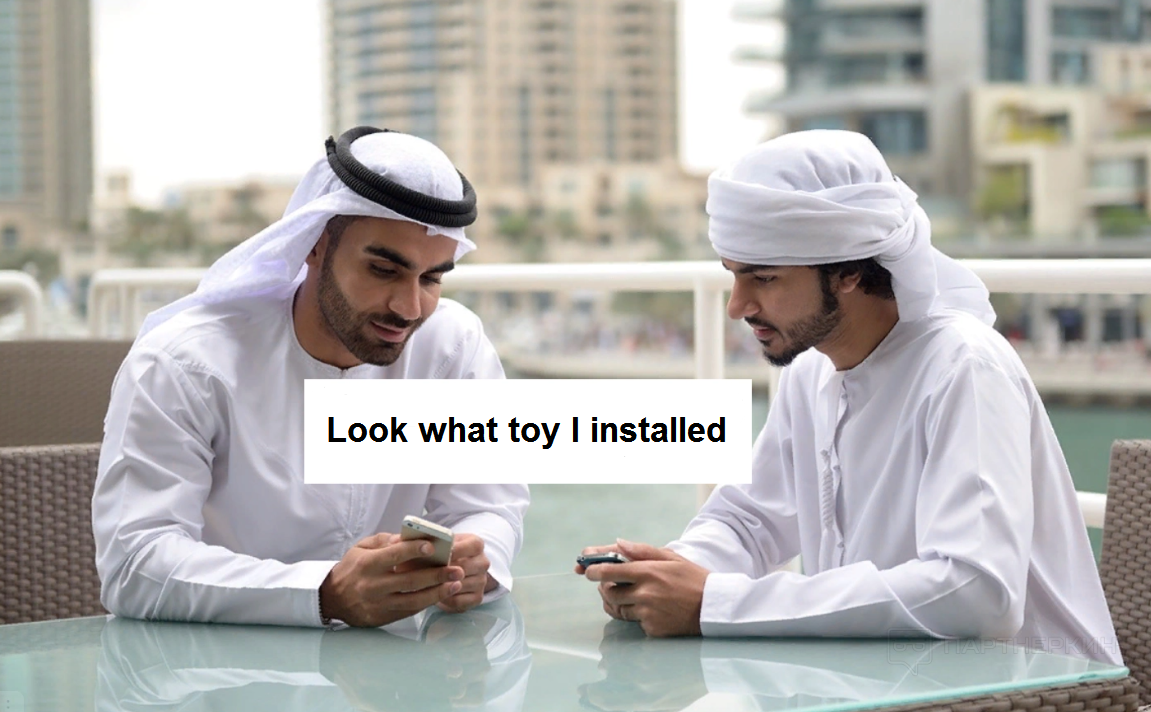 TikTok has tightened moderation since the beginning of the year, which led to a number of business center bans, the inability to launch on familiar applications and, ultimately, a decrease in traffic volumes. In such conditions, it was decided to pay attention to a partly forgotten traffic source for operator subscriptions - Facebook.

I must say right away that for pins from TikTok, and new tests from Facebook, we launched offers from the Applink.network affiliate program . We have been working with the guys for a long time, they have operational managers, fast payouts, their own applications and many other advantages gained over the years.

Two applications were selected for launch that performed well with TikTok: an iOS launcher for Android, and a collection of games. There was no experience of working with Facebook for Pins in the current realities, so a quite standard and conservative strategy for testing creatives was chosen:

For creatives, we used the same ones as in TikTok — showing the result of using the application. Video format only. There is an interesting nuance - the best results in the Arab countries were shown by videos with a voice-over describing how cool the application can be downloaded right now. Creative examples: 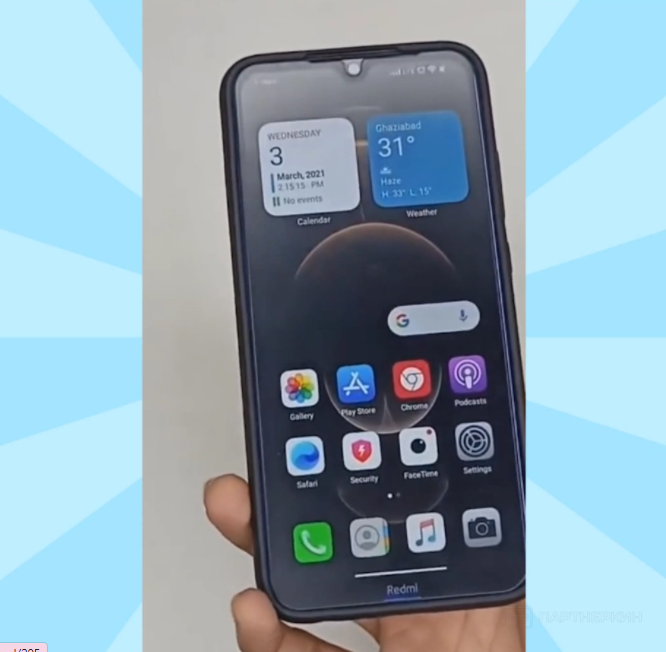 For further scaling, the following strategy was used:

The budget was also not big, within $15-$20 for each group. Often, the same creative can show completely opposite results in different ad sets. In general, this is a normal practice, if adsets show a minus at the start, we just turn them off in time. But if at the start it turns to 0 or a weak plus, then we do not touch them for a day - often after this period the price for registration drops. 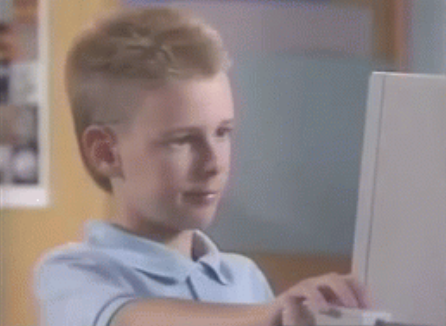 According to the bidding strategy, an autobet was used, as well as "Bid Control". In the first case, you can get the volume faster, while Bid Control can give a smaller volume at the training stage (plus time to choose the required rate), but at the same time it will give more stable results day after day. Thus, copies of campaigns are made for a number of inexpensive Arabic GEOs (EG, IQ, JO, PS, TN). All these countries are available in the "811" offer in Applink.network , which saved us from the need to create a separate stream for each campaign and allowed us to quickly scale.

An important note - not all creatives that went to inexpensive GEOs are more likely to go to GEOs: SA, AE, KW, BH, OM, QA. In this group of countries, it is better to run separate tests of creatives and scale them according to the above scheme.

And statistics with PP: 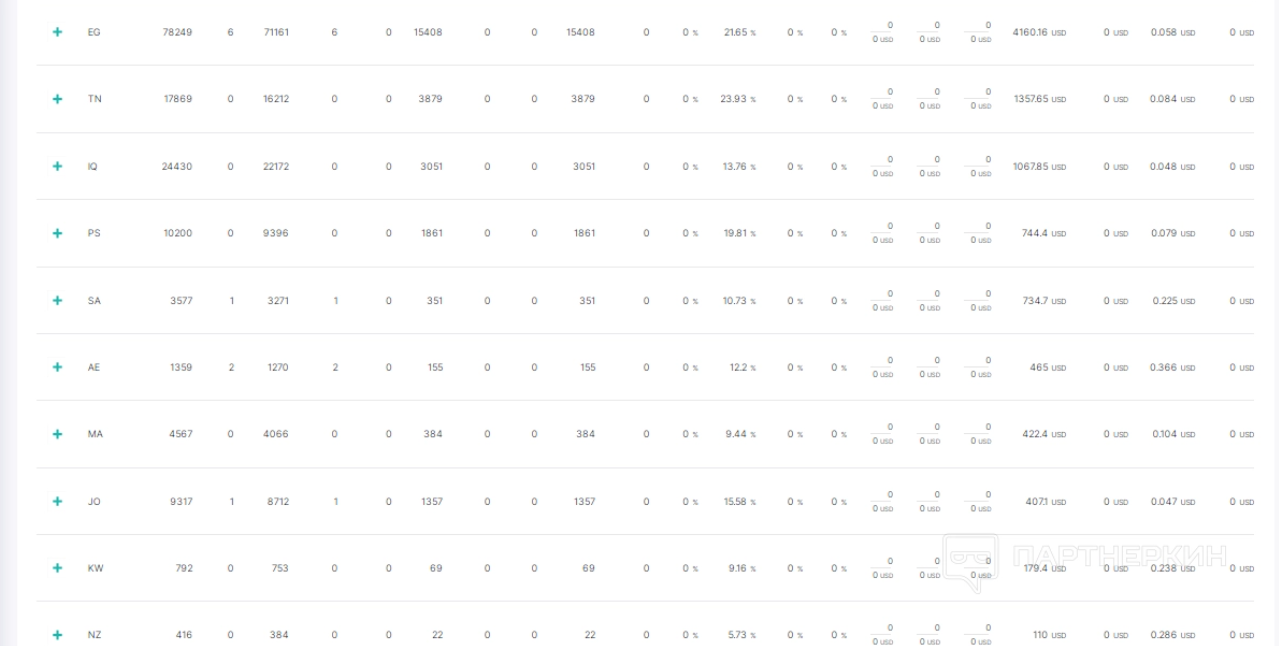 In general, the transition from TikTok to Facebook makes a positive impression: no bans for the ad itself, more GEOs, and most importantly, stable traffic. To confirm, I am attaching a couple of screenshots, which show that for several days Facebook gives registrations at plus or minus the same price.

Average registration price by GEO — Iraq. It can be seen that after the 1st day the price dropped sharply and further the cost per registration indicators only improved. 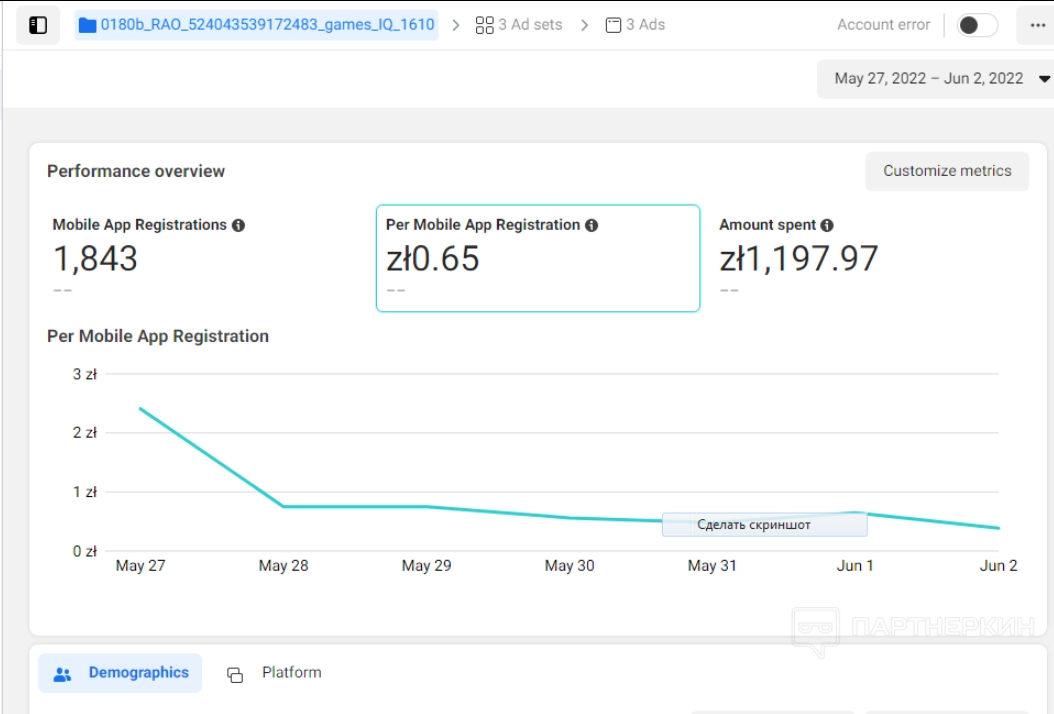 Average registration price by GEO — Egypt. Here, the average price for 14 days was around $0.18, which gave about 50% ROI.

In the first week, only iOS Launcher was spinning, taking into account the initial tests of creatives and GEO, the following results were obtained:

In the second week, it became clear which creatives enter the Arab countries, tests for European GEOs were added. The results for the iOS Launcher app are as follows:

At the same time, they began to pour on the 101 Games application. And in just a week of the strait, the offer showed good results:

Outcome Filling with Facebook, despite all the difficulties with which he is rich, is now real. Especially on such a vertical as pins - the numbers above confirm this. At a cost of $6,399, I managed to earn $3,429 in net profit from just two applications. And this despite the fact that this was the first experience of draining from Facebook to pins. Special thanks to the affiliate manager for help in finding approaches and converting offers. Test new, all the best!

1) Sign up for recieving exclusive relevant case studies.
2) Sign in, if you already registered.
SEO case: How I managed to get a 5-fold increase in my organic traffic in 3 months
Author: Roman Smith

Increased my organic traffic by 5x
How a Facebook group can bring you closer to readers - Indiegraf
Author: Anonymous

successful engagement
How to get 286% ROI on traffic from New Zealand
Author: Iryna